A captain said a few words to his men during a halt. Some trenches had been lost. It was their brigade that had lost them. For the honor of the brigade, of the New Army, they must try to retake them. The men listened in silence; but their faces were set. They were content. The honor of the brigade demanded it. The captain had said so, and they trusted him. There was a cry. Someone had stopped a bullet.

Don't look round; he will be looked after. It may be your turn next. They lay down behind a bank in a wood. Before them raged a storm. Bullets fell like hail. Shells shrieked through the air, and burst in all directions. The storm raged without any abatement. The whistle would blow, then the first platoon would advance, in extended order. Half a minute later the second would go forward, followed at the same interval by the third and fourth. A man went into hysterics, a pitiable object. His neighbor regarded him with a sort of uncomprehending wonder.

He was perfectly, fatuously cool. Some- thing had stopped inside him.

A whistle blew. The first platoon scram- bled to their feet and advanced at the double. What happened no one could see. They disappeared. The second line followed, and the third and fourth. No one hesitated. They went forward mechani- cally, as men in a dream. It was so mad, so unreal. Soon they would awake. It appeared that there was a trench at the edge of the wood.

It had been unoccupied. Half a dozen men found themselves alone in the open ground before the German wire. They lay down. No one was coming on. Where was everyone? They crawled cautiously back to the trench at the edge of the wood, and climbed in. One or two were there already. The storm raged on; but the attack was over. These were what was left of two companies. All stain on the honor of the brigade had been wiped out — in blood. One was hit in the leg, and sat on the floor cutting away his trousers so as to apply a field dressing.

One knelt down behind the parapet with a look of dumb stupor on his face. The third, a boy of about seventeen from a London slum, peered over the parapet at intervals. Suddenly he disappeared over the top. He had discovered two wounded men in a shelh hole just in front, and was hoisting them into the shelter of the trench. By a miracle not one of the three was hit.

A message was passed up the trench: "Hold on at all costs till relieved. Should they fire or lie low? Better lie low, and only fire in case of attack. They were safe from' attack as long as the Bosches kept on firing.

Someone produced a tin of meat, some biscuits, and a full water-bottle. The food was divided up, and a shell bursting just in rear covered everything with dirt and made it uneatable. The rest sucked their pebbles in stoical silence. Supports began to trickle in, and the wounded who could not stand were labori- ously removed from the narrow trench to some dug-outs in the rear.

Two of them were badly hit, and crying out incessantly for water, or to shift their position. One was unconscious and groaning.

The BELOVED CAPTAIN. The HONOR Of The BRIGADE. An ENGLISHMAN PRAYS | Donald Hankey | Early printing

From the wood came frenzied shouts from a man in delirium. The more slightly wounded tried to look after the others; but soon the water was exhausted, and all they could do was to promise that as soon as darkness fell help would come. Darkness fell. The battalion had been relieved; but the better part of it lay out in the wood, or in the open before the wood, dead or dying. The wood was full of groaning. Four stretcher-bearers came and took away one man, an officer.

The rest waited in vain. An hour passed, and no one else came.

They would die before help came. For Christ's sake get some water. There was none to be had. A man wounded in the leg found that he could crawl on all fours. He started to look for help. He crawled laboriously along the path through the wood. It was choked with corpses. He crawled over them as best he could. Once he found a full water-bottle, which he gave to a sentry to send back to his mates. At last he was picked up, and taken to the doctor, while others went to look for his mates.

The doctor was in a field. Rows of wounded lay there waiting for stretcher- bearers to come and take them to the ambulances. As many as could went on, those wounded in the leg with their arms on the shoulders of those whose legs were whole.

They limped painfully along the interminable road till they came to the ambulance. Then their troubles were over. There they were given cocoa, inoculated for tetanus, their wounds washed and bound up. Another drive took them to the camp by the railway. Next morning they were put in the train, and at length reached the hospital. There at last they got the longed-for bath and the clean clothes and — joy of joys — were put to sleep, un- limited sleep, in a real bed with clean white sheets.

They were at peace.

But out in the open space between the trenches lay some they had known and loved, unburied. And others lay beneath wooden crosses behind the wood. Yet it was well. The brigade was saved. Its honor was vindicated. Though its men might be fresh from home and untried in war, they would not fail. The brigade had had its baptism in blood, and its self- confidence was established for all time.

They had done him good, too, in a way. They had been a sort of squaring of his accounts morally. He had tried to see where he had failed, made resolutions to amend, and acknowledged to himself at any rate, that he had failed. He had remembered his relations and friends before God, and it had helped him to do his duty by them. At the same time, he was not in the least degree a mystic.

Even in his prayers he had never felt the reality of God. When he first enlisted he continued the habit of saying his prayers, more because it was inconvenient than for any other reason, perhaps.

The Beloved Captain; The Honor of the Brigade; An Englishman Prays

The other fellows in the barrack-room did not say their prayers, and he was too English not to feel the more resolved to say his. He was not going to be afraid. So he said them, deliberately and very self-consciously, half expecting to be laughed at. He could not concentrate his mind. He whispered the words mechani- cally, his head full of other thoughts. The other fellows paused in their talk the first night, and then went on as if nothing had happened.


After that no notice was taken at all. No one followed his example. No one commented, or interfered with him. A little persecution would have hardened his resolve. He could not bring his mind to bear on his words, and there seemed to be no point in going on. Then one day he forgot; and after that he just omitted to say them ever.

After all it made very little difference. And yet at times he felt that there was a difference. It was a little like a man sitting in a room with " a frosted window that only opened at the top. He under- stood that it gave on to a garden, but he had never seen the garden. He used to sit with the top of the window pulled open, and then somehow one day he for- got to open it, and after that he never bothered.

It made so little difference. At times he did notice that the air was a little less fresh, but he was too lazy, or too busy about other matters to bother. This Englishman's religion had always been a bit like that, like a window opening on to the unknown and unexplored. But he had never had the energy or the faith to test his belief. Suppose he were to find that after all his garden was only a paved yard I Anyhow he had left the window shut now. At times he regretted it; but a kind of inertia possessed him, and he did not do anything about it. When he first got to the front he prayed, half ashamed.

He was not quite sure of himself, and he prayed that he might not be found wanting. 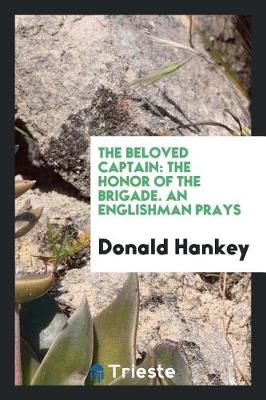 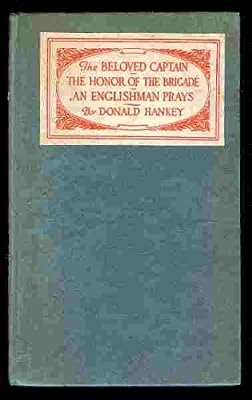 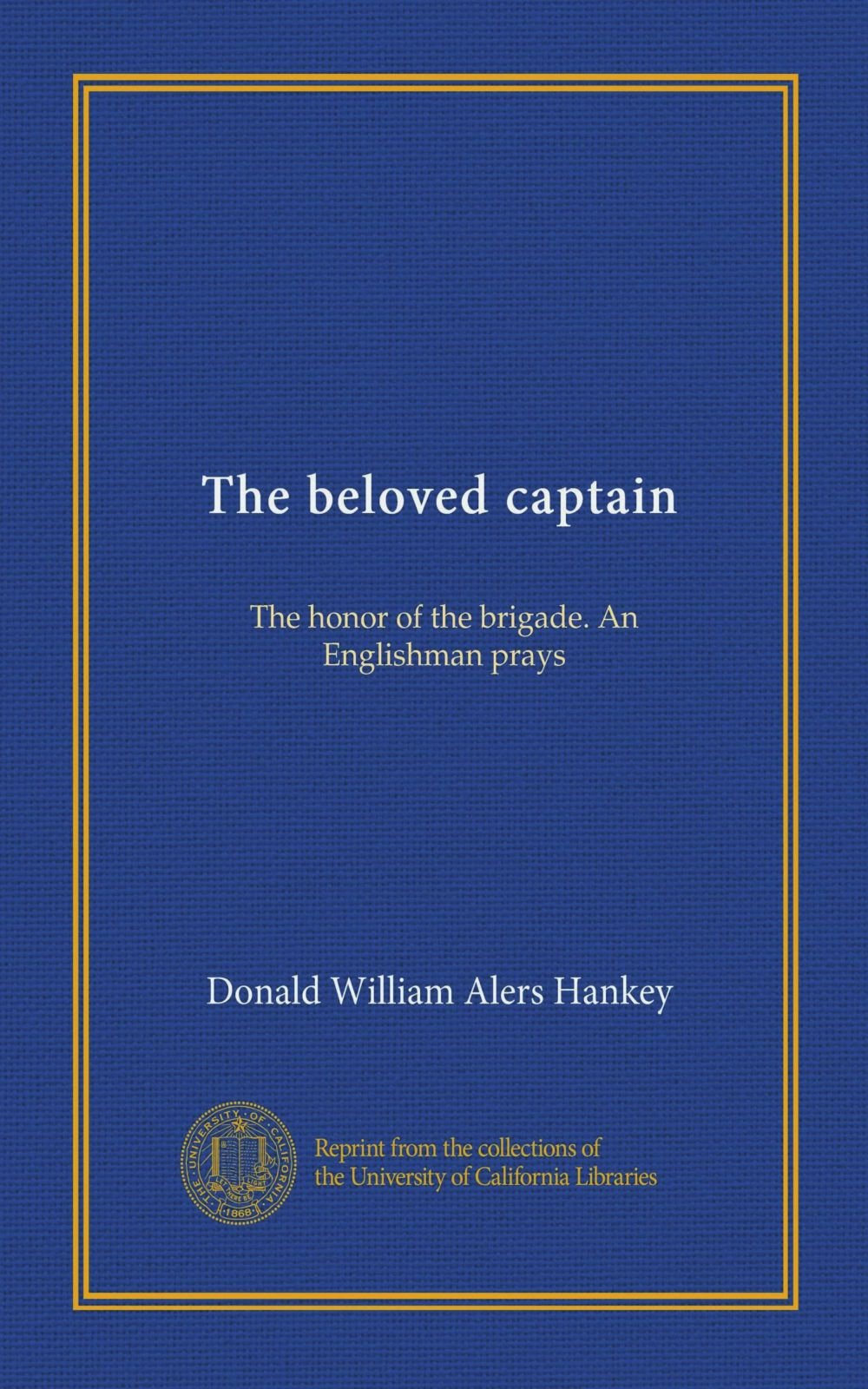 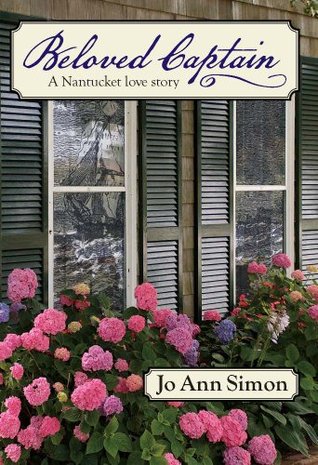